I've had a task since February of 2017 in Asana to see if I could figure out how to rename desktops. Desktops are what appear when you press "F3" at the top, which have the default names "Desktop 1", "Desktop 2", etc. I knew it was possible because there was an app called "TotalSpaces" that does this (among many other things). However, I wasn't a huge fan of how it accomplished it, and it also costs $20. I knew that I would have to go the SIMBL route (just like for my modifications Messages with Message Indicator), but my attempts to find the right class to hook into repetitively failed. Luckily, I finally stumbled onto a pretty convoluted method of doing it, and built it in a day or so!

Here's some images of the (for now) finalized product.

You can set the names of the desktops through the application that goes along with the SIMBL bundle. That interface looks like this: 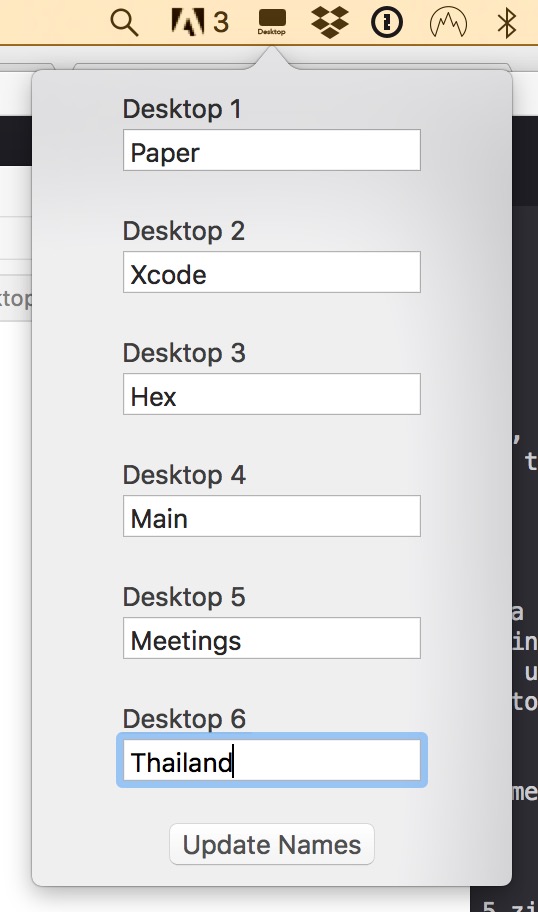 If you're interested in the code behind it, you can check out my Github which is open source. If you want to install it yourself, the Github link has instructions at the bottom.