Some of the things stated in the Dartmouth article I cited in the Dartmouth ID post weren't entirely accurate: it's not a 125kHz RFID tag in it, which is both a good thing and a bad thing. It's a bad thing in that I bought a RFID reader for 125kHz, and not 13.56 MHz, but a good thing in that it's a lot easier to write to a 13.56 MHz tag and thus clone it. NOTE FROM THE FUTURE: This is almost certainly not correct, and it's instead a 125kHz card, but with HID encoding, so that a normal 125kHz reader won't do it, you'll need one from HiD.

In the meantime, however, I amused myself by trying to create a template for the ID. There are a few numbers on the card, all representing something about the individual. 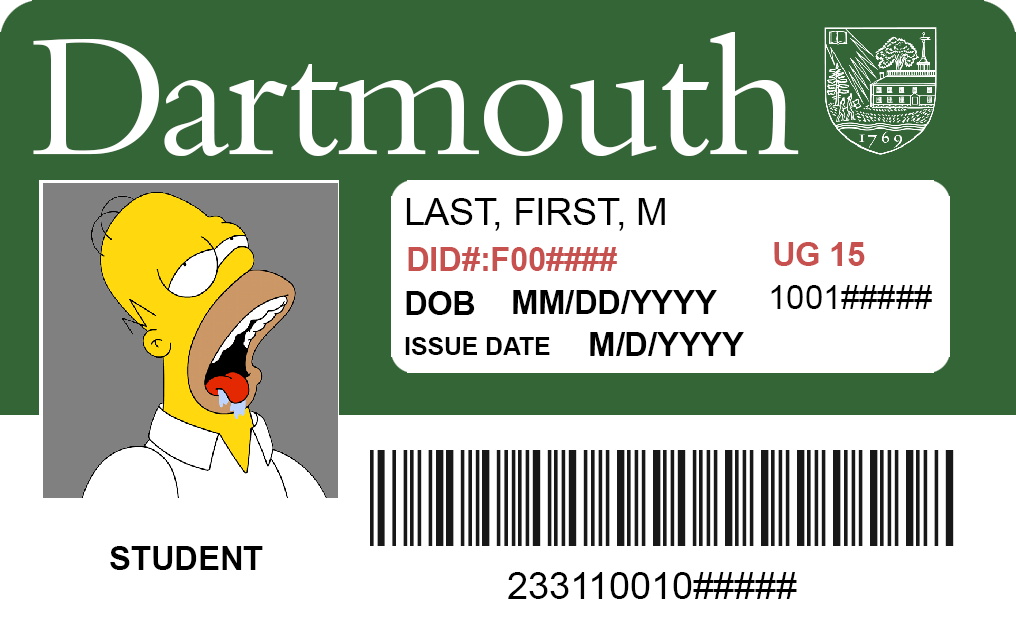 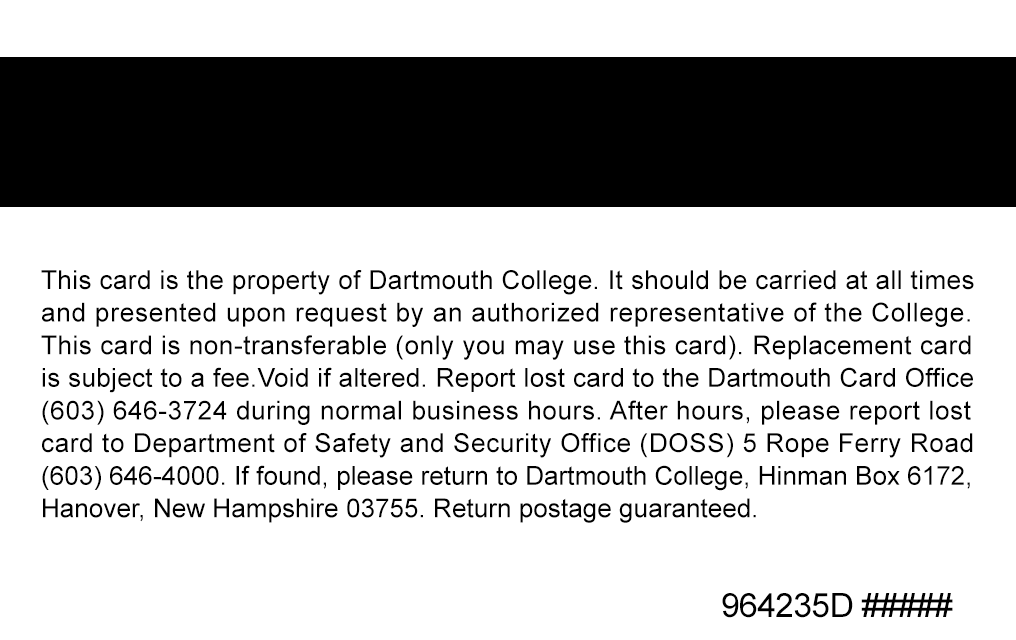 The last number is on the back, and it's a random number associated with the cards when they're purchased in bulk from HID (most likely). When an ID is given out, this number is associated with the account, and is used for authentication in scanning. This is the number that is most likely encoded in the RFID tag. When the card is placed next to a reader, the number is sent to the central database where it looks up the indiviudal given that card, and if they have access to the door. If they do, it unlocks. If not, it doesn't.

The fonts on the card are equally interesting. All of the fonts are some variant of Arial, either in caps, or bold, with varying sizes and colors (to distinguish 18's from others), with the exception of the Dartmouth font. What makes this weird, however, is that it differs from the font used on the website, etc. The font is Bembo Std, and it can be downloaded for free from this link. Once I found it, though it was easy to get and use.

The 1D barcode on the front is a Codabar 1D barcode, with the starting character 'A' and the ending character 'C' (at least for the ID's that I've looked at). The barcode can be generated by just typing out the number below it with a capital A at the front and a C at the end with a free font, downloadable here. All in all, it's a pretty easy thing to create. One thing to watch, however, is that the years have different text colors. 16's have black, 17's have red, and 18's have green. I haven't even seen one of the new '15 cards, and it will probably continue to change for future Dartmouth classes.

If you're interested in making your own Dartmouth ID, or just want to look at how it all goes together, you can download a PSD version here! This template is only to be used for novelty purposes.