A while ago, I wanted to look at some statistics for one of the GroupMe's that I was in. I looked around, and found GroupMe had an open REST API. I wrote a quick script to scrape all the data using my account, and I compiled it into some basic information: who had the most comments, who had the most likes, etc.

But then I got to thinking about doing it to other groups. It was kind of cool to see that information, and see what all the best comments were in the group. GroupMe has some of it built into the 'Popular' tab in their app, but it's not nearly as detailed or goes back long enough for what I wanted. So, I decided to try and build out an app. Unfortunately, in order to have an application I wrote have access to someone else's group, they would need to connect their GroupMe account, which would then give me access to ALL of their groups (something I personally would never want to enter my credentials into), and it requires their GroupMe login credentials, not allowing you to log in through Facebook. This means that if you made your account through Facebook, like so many people do, you wouldn't be able to use it.

The GroupMe API also allows for bots, which could be added to only group, but there's no callback when a bot is added to a group. However, when you check for all the groups that a user is in, you can see information such as the names of the other members, including yourself. This was the way to do it! I could make a fake user, and then you could add that user with a custom name, and then the bot could search for the group with that name, and then run analysis on it.

So that's what I ended up doing. I created a user using a temporary phone number from Hushed (shout out!), and built up a whole website around adding the bot to your group, and then running analysis on it. 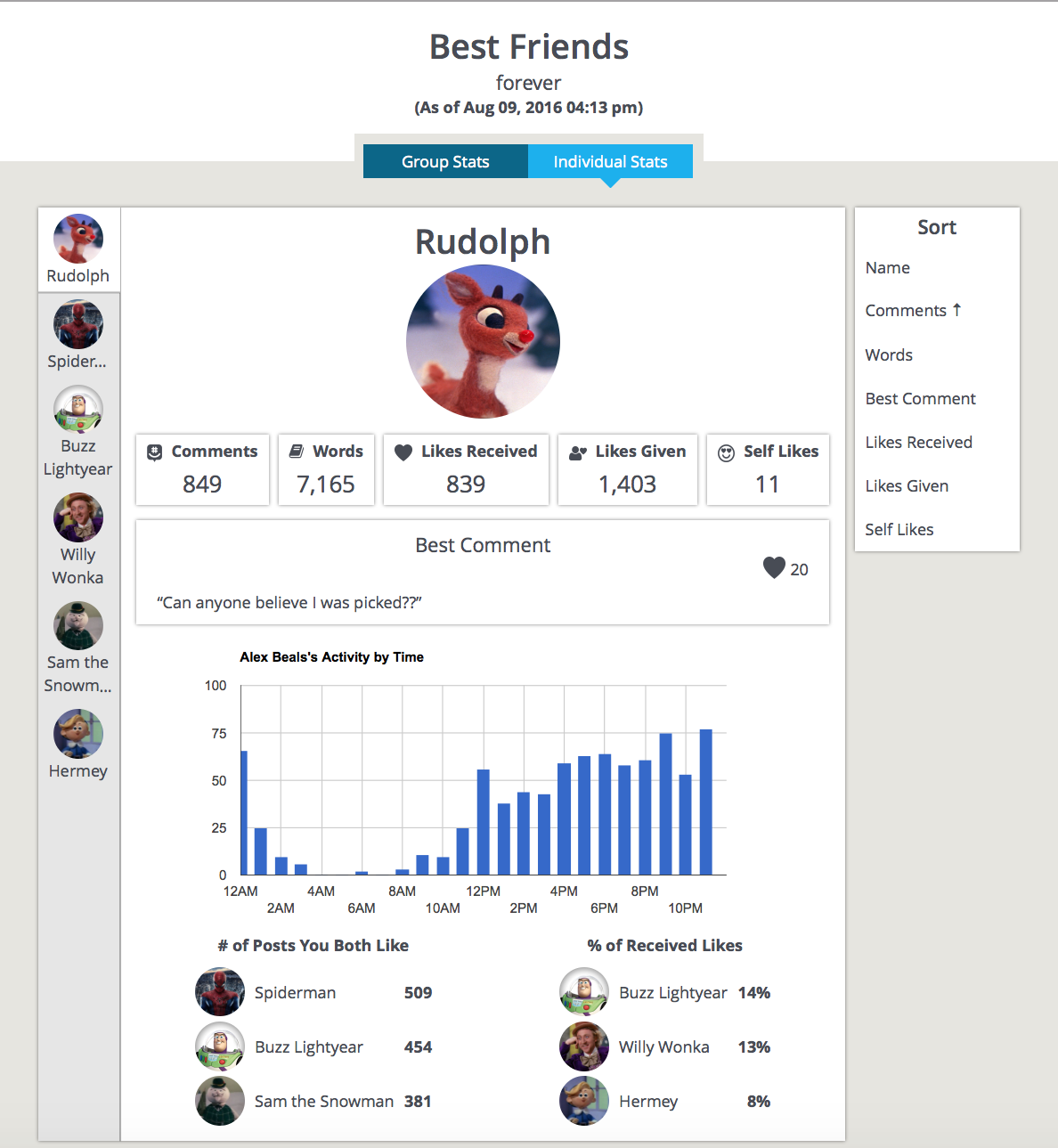 This is an example of one of the individual analyses. Check it out at https://groupmeanalysis.com and run the program on your own groups!